I’ve been dying to talk about the journey that led us to this house, but I didn’t want to jinx anything before closing was complete and the keys were in our hands! We waited for 3 months between contract and closing, and finally after 6 more months of busy DIY projects and neglecting my blog for home improvement projects (and taking care of a very busy little boy), I’m back and ready to share a bit of how we got here, and what I’ve been up to!

The Story of This House

I had been trying to convince my husband to move to the South ever since we met in 2011. I was so tired of cold weather. He wasn’t so sure he was missing out on anything until he saw the golf course filled with golfers over Thanksgiving weekend. There wasn’t much negotiation left to do after that!!

We already loved searching online real estate listings for Manhattan apartments, Chicago town homes, suburban dream homes, mountain homes, beach homes, house boats – you name it, we researched it!  Dreaming of beautiful homes was (mostly) a healthy escape for us as we sat contained in our tiny city space.

Once Kipsqueak came along, New York City certainly lost some of its luster. We knew we wanted out of the city before he started preschool, but we never anticipated the immediate feeling of confinement in our apartment. Spending a new majority of my time in the apartment, I felt especially trapped and desperate for an escape.

I visited my parents in North Carolina when Kip was 10 months old. He slept through the night every single night we were there (completely unheard of in our NYC apartment), and he took gloriously long naps too!! If North Carolina wasn’t calling my name already, it was screaming it now. As we arrived back in NYC to more miserably short naps and my feelings of entrapment, I told my husband that I didn’t want to do this anymore.

We both knew this breaking point was coming, so we wasted no time narrowing our Charlotte search to a few select neighborhoods based on what we thought to be ideal: good schools, grocery stores close enough to walk or bike,  communities with pools (for social collision), and a public library nearby.

At first we settled on a neighborhood called Dilworth, a community right outside uptown Charlotte. It felt like the perfect step down from NYC. We could walk to restaurants and stores and take the light rail or bike to uptown for work or play. The houses were naturally larger than apartments in and around Manhattan, but they were still 1920s bungalows that rarely had more than 2 or 3 bedrooms. I should also mention that they were all priced in the 800k to 900k range!! The high prices meant that my project budget for home improvements would be pretty much non-existent. If we chose this neighborhood the house would have to be loved and lived in “as is” – which didn’t really appeal to me and my love of DIY, decorating and dreaming.

We gradually began expanding our search area to Fort Mill, SC and a few locations farther from uptown Charlotte where we could get a lot more house and yard for our money. The houses were huge and more affordable, BUT  I was terrified that my husband’s commute home would be painfully long and plagued by unpredictable traffic delays.  His current commute to and from Manhattan was one subway stop (under the East River) and a 3 block walk home – 20 minutes max, so lucky!

I wasn’t fully on board for moving to farther into suburbia until I found a neighborhood website with a newsletter detailing all sorts of events and social activities, and welcoming a huge amount of new young families. I was so nervous to move to a place where no one else had children, or neighbors didn’t get out and see each other. This neighborhood even had a Women’s Club, and a 4th of July Firetruck Parade! It was exactly what I needed to convince me that this was the place for us!

One day during my usual nap time Zillow.com search of our newest favorite neighborhood, I found a house that gave me goosebumps! It wasn’t exactly “for sale” because it was listed as a “Make Me Move” property. This meant that owners were interested in moving if you were willing to pay them the price they listed. In effect, it was For Sale By Owner, but without officially being on the market.

I first discovered it on Zillow last July (2016), and I fell in love immediately. Even the description looked as if we had written an ad while searching for a house. She was the “Mary Poppins” house we’d be searching for! The listing boasted the best cul-de-sac in the neighborhood, awesome neighbors (sold!), a garden, fruit trees (apple, peach!!, and fig), and an unbelievable outdoor living space. It was traditional, but not overrun with oak everywhere – and the house was full of sunlight. It was move in ready, but I could still add personal touches (and we could afford them!!).

I reached out to the owner via email immediately and told her how much I loved the home. I also mentioned our timeline (we hoped to move the next spring – this was only July), and that we didn’t even have a job in Charlotte yet. (She must have thought we were crazy!). She was kind enough to send more photos of the home so that I could understand the flow a bit better.

I couldn’t stop drooling over this house. I took mental ownership immediately and became emotionally invested far too prematurely. Every day at nap time, viewing photos of this house eased my feelings of confinement as I mentally remodeled it and imagined our future holidays spent there. (Crazy. I’m well aware. I was desperate to escape NYC people).

A few months later we made official plans to see the house when we went to Charlotte on a job hunting excursion that October.

About a week before our trip, I received a devastating email. An offer had been made on the house. The owner just wanted to let us know. If they came to terms on price this evening, we would not be allowed to see the home when we visited NC the next week.

I was sick to my stomach. I had never seen this house in person, and we had no official plans or job offers in Charlotte…but in my mind this house was ours. I called my husband and he helped me reply to their email. We told them that we could not make an offer without the promise of a job in Charlotte. We asked them to let us know how the evening progressed and whether or not we would be able to see the house the following week.

I knew it was the right choice, but I was devastated. The house had always seemed too dreamy to be real, and now we wouldn’t even have the chance to see it before someone else snatched it up.

I started looking for new homes in the same neighborhood that evening, and we told ourselves that another awesome house would pop up soon… maybe it would be even better?! (How could it?!)

The next day my husband texted me from work, “The house is still available!!!” My first thought was, “How could those people be stupid enough to walk away from this amazing house?!!!”

It felt like a test of faith. Were we willing to give up and trust God on this one? I REALLY didn’t want to trust God with this house, but my I trusted my husband that letting go was the best decision for our family, and he trusted God. For whatever reason, that other family backed off and we were able to swoop in!

Seeing the home in person only confirmed my obsession. I could see our family living in this home. It just felt “right” – there’s no other word to describe it. Everything was perfect (except for that weird door from the bedroom to the back stairs). As we pulled away in the car I told my husband that I really loved the house. I wanted it to be our home and I REALLY didn’t want to risk losing it again. He agreed and we both cried. (He might kill me for sharing that info – he’s a secret softy!).

A week later (without the promise of a job, but with many prayers for guidance) we made an offer on our dream home. They didn’t even counter. Ten minutes later they accepted our first offer.

I can’t even tell you the ridiculousness of my happy dance when I heard that incredible news! Even a year later, I got goosebumps just remembering and writing about that night!

From that moment on, it was an incredibly (and probably abnormally) smooth ride to our new home in the South. Our apartment sold within a week of being listed, and the two closings happened within a week of each other.

We moved in on February 2nd and Charlotte welcomed us with sunshine and fabulous temperatures in the 70s! I still feel like pinching myself as I sit outside soaking up the sun in our backyard during nap time. I quickly realized that THIS is how people survive motherhood.

The seven months that we’ve spent here so far have flown by! There’s so much to be done (holy moly – yard work!), and so much to discover in our new city. I’ve never enjoyed winter like I did this year! The summer was hot as promised, but spending our travel time in a car with a/c instead of walking with a stroller or on the subway was a marked improvement.

I still miss all my friends and Kip’s buddies in the NYC area, but friendships take time…just like DIY projects?? I should probably start spending as much time cultivating new relationships as I do researching on Pinterest and perfecting house projects. 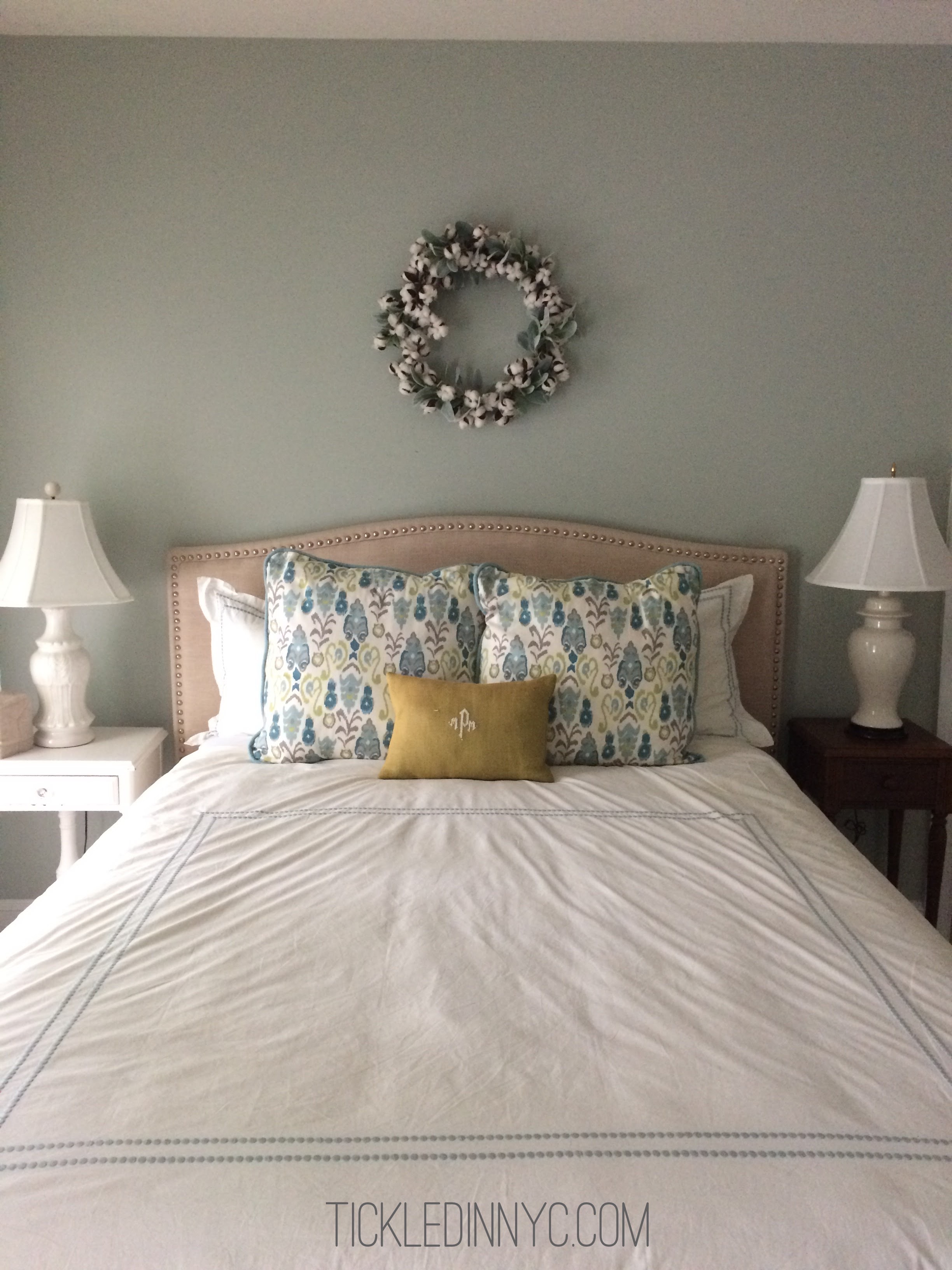 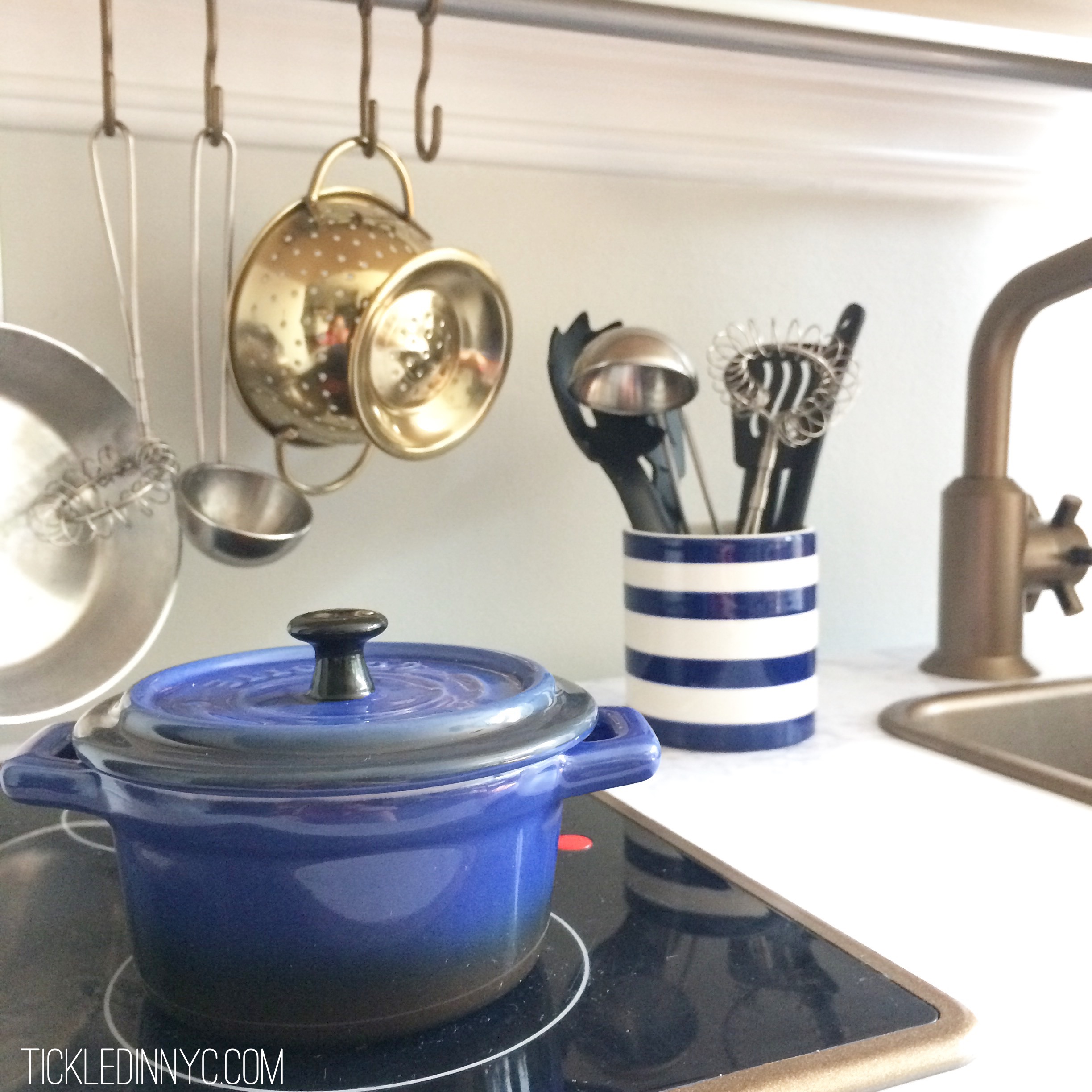