It’s that time of year again. The time when your Facebook feed keeps popping up with announcements of engagements and babies galore. I don’t know why it seems like the baby announcements happen more often over the holidays (engagements certainly peak then). Maybe it’s just the abundance of cute little ones on Santa’s lap or in their Christmas PJs that make me feel like I need to catch up! :)

Last year alone, we had 5 close friends pregnant with February babies! Can you blame me for having babies on the brain? Since I’m a planner, and I’ve always loved dreaming of babies – I thought I’d share my hypothetical “Baby in NYC” plans.

When my husband and I bought this apartment we were a couple of months away from getting married. Before making this huge purchase he wanted to move to Chicago, and I wanted to move to North Carolina. So why did we buy in NYC? His job changed, blah blah, good opportunity, blah blah, excellent interest rates, blah blah, cheap apartment in a great neighborhood…you get the idea. So we weren’t really into the idea of raising a family here – at all.

After a month or two in our new neighborhood, one thing became very clear. If we wanted to make friends around here we needed a dog or a baby. I’m allergic to dogs, and we certainly weren’t ready for a baby – so we joined a church instead.

The Long Island City community is crawling with young families! Everyone around here was taking on the parental challenge and succeeding (as far as we knew). Friends talked about the necessity of Murphy Beds, bunk beds, and temporary walls for nurseries. We met a family of 6 living in a one-bedroom unit (not much larger than ours!) in our building. That was the moment that the wheels started turning.

I started researching “tiny nurseries” on Pinterest, NYC nursery solutions on Goggle, and came up with some pretty impressive and amusing options.

One article talked about the latest trend of putting your baby in the closet or bathroom. Here one New Yorker defends giving her baby its own bathroom to sleep in. (It should be noted that a 2nd bathroom in a NYC apartment is a luxury that most of us do NOT have).

According to Pinterest, babies in the closet was not a new idea at all!

There were  few pins of entire nurseries in walk-in closets (but since NYC really doesn’t have any of those I decided not to include them). These designs are more useful for families who need a nook for the baby, but were willing to share space in the bedroom for the changing table, etc. 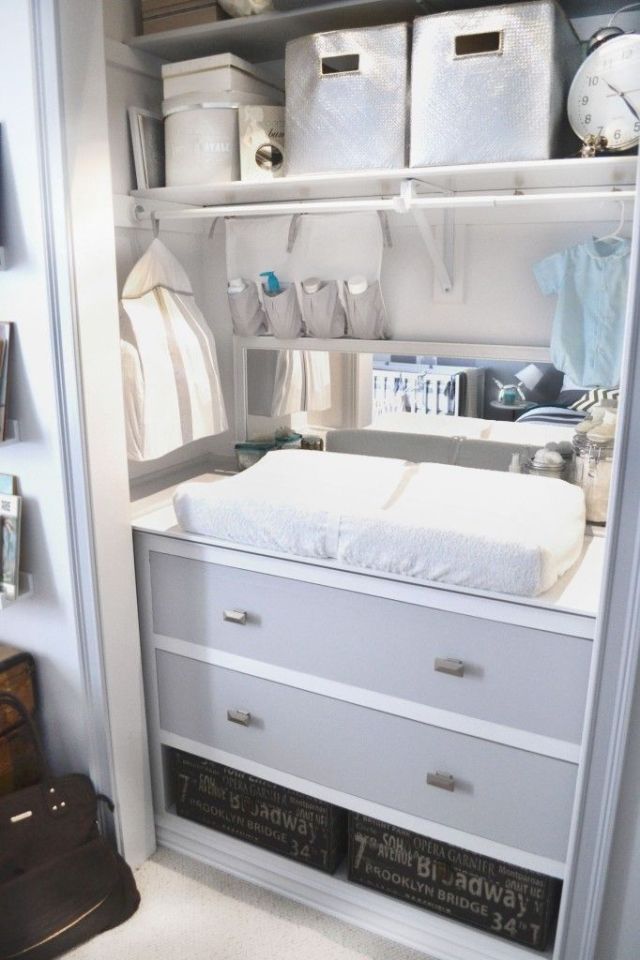 The whole “nursery in a bathroom” idea wasn’t as popular on Pinterest. Perhaps it just wasn’t as widely photographed or accepted yet. I have a feeling those photos wouldn’t have been that Pinterest worthy after all. :/

If you are really handy (and trust your construction skills) you could also go for something like this:

So for a while, we settled on the idea that we could have the crib in our bedroom at the foot of our bed and maybe we would put the changing table/all the baby needs in the linen closet to keep it contained and out-of-the-way. (No idea what we were planning to do with all of those linens).

Then the most amazing idea found us!

A tenant in our building was selling their apartment with an added “office space” in the living room. Since I’m always thinking in terms of babies (and the bellies were growing steadily all around us) I asked for a photo of the space and inquired if it could be used as a nursery.

As fate would have it, this unit was the exact same layout as ours AND they used their “office space” as a room for their daughter for the last 3 years. Woo hoo! When the photo loaded, I knew we had the solution for our NYC nursery!

Luckily, there are no rules against copying your neighbors ideas, so we are hoping that when the time comes we too can build this very attractive room divider (it has french doors that are open in the photo).

The glass panels were a brilliant idea to keep the sunlight flowing throughout the entire space and there are blinds for naps and night-time. It looks like they also painted their window frames white and their paint is an amazingly similar color to our Behr Rocky Mountain Sky. All of these things make it that much easier for us to envision a nursery in our own space.

Since seeing this photo I’ve been happily dreaming up nurseries that blend in style and color with our current living room. No matter what lives in there, the room would have to be blue, green, grey and white…but I think I can manage to make that girly if I really need to! Nothing like being prepared for the day we finally decided to commit to parenting in NYC. :)

It’s not helping :) Baby dreaming is so too much fun!

3 thoughts on “Nurseries in NYC: How Do They Do It?” 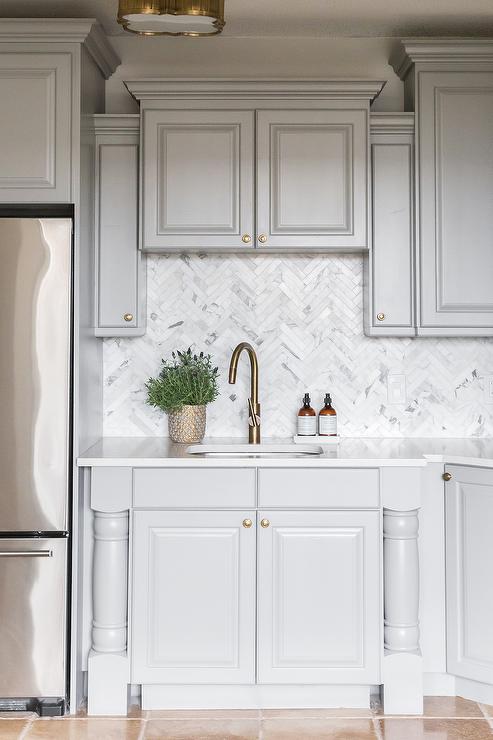 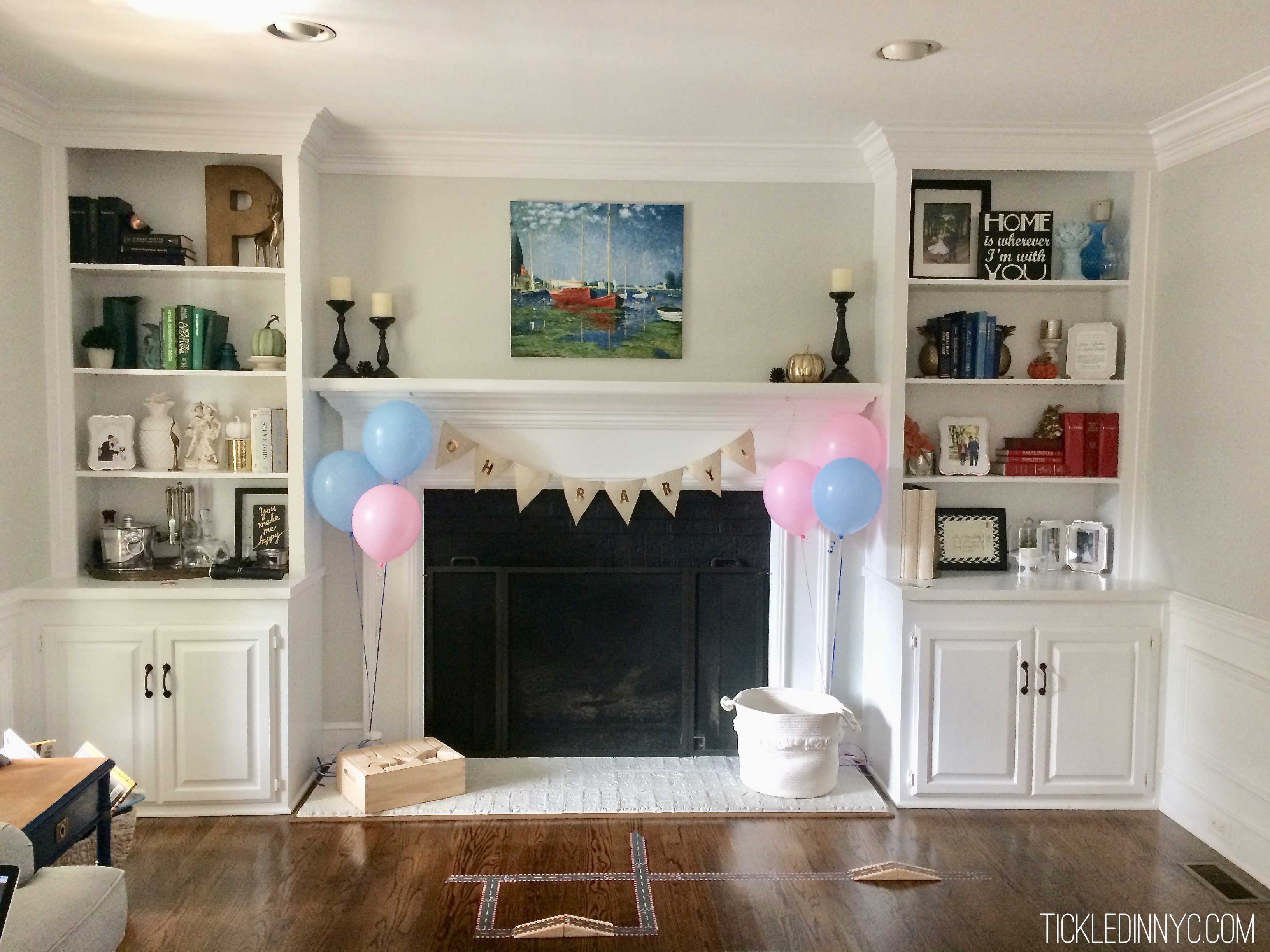 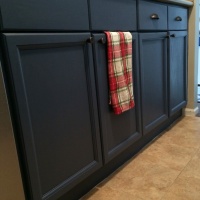 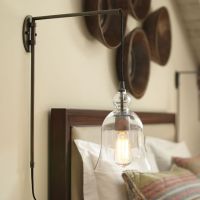 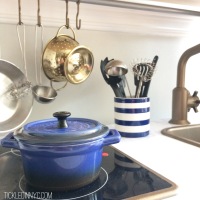 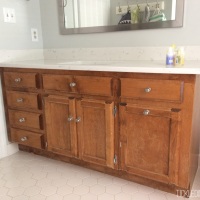 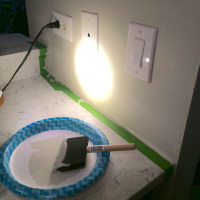